Many analyses have shown that sustainable financial investment delivers at least as well as conventional forms of investment. An overview study conducted by the Swiss Federal Environmental Agency (BAFU) which analyzed over 2,000 individual studies concluded that not only was their performance no weaker, but at least half of the sustainable investments posted earnings which were significantly better. In 2018, sustainable funds performed above average. Moreover, they proved less volatile and thus less risky compared to conventional funds. Green Bonds have also delivered better results than conventional bonds over the past years. It is possible to simultaneously have a positive environmental impact, lower risks, and generate adequate levels of earnings. The social impact of invested funds is an important issue, particularly for the younger generation and for women.

For example, a five year overview of the EuroStoxx 600 (comprising the 600 largest companies traded on European stock exchanges), which compares the performance of its oil and gas companies with that ofthe sustainable criteria funds traded on the exchange, show a clear picture: the first group performs less well than the index as a whole, while the performance of the sustainable funds is above average (see graphic). The S&P 500 Index, one of the most important share indices worldwide, also performed far better as a whole than the fossil energy companies active in it. 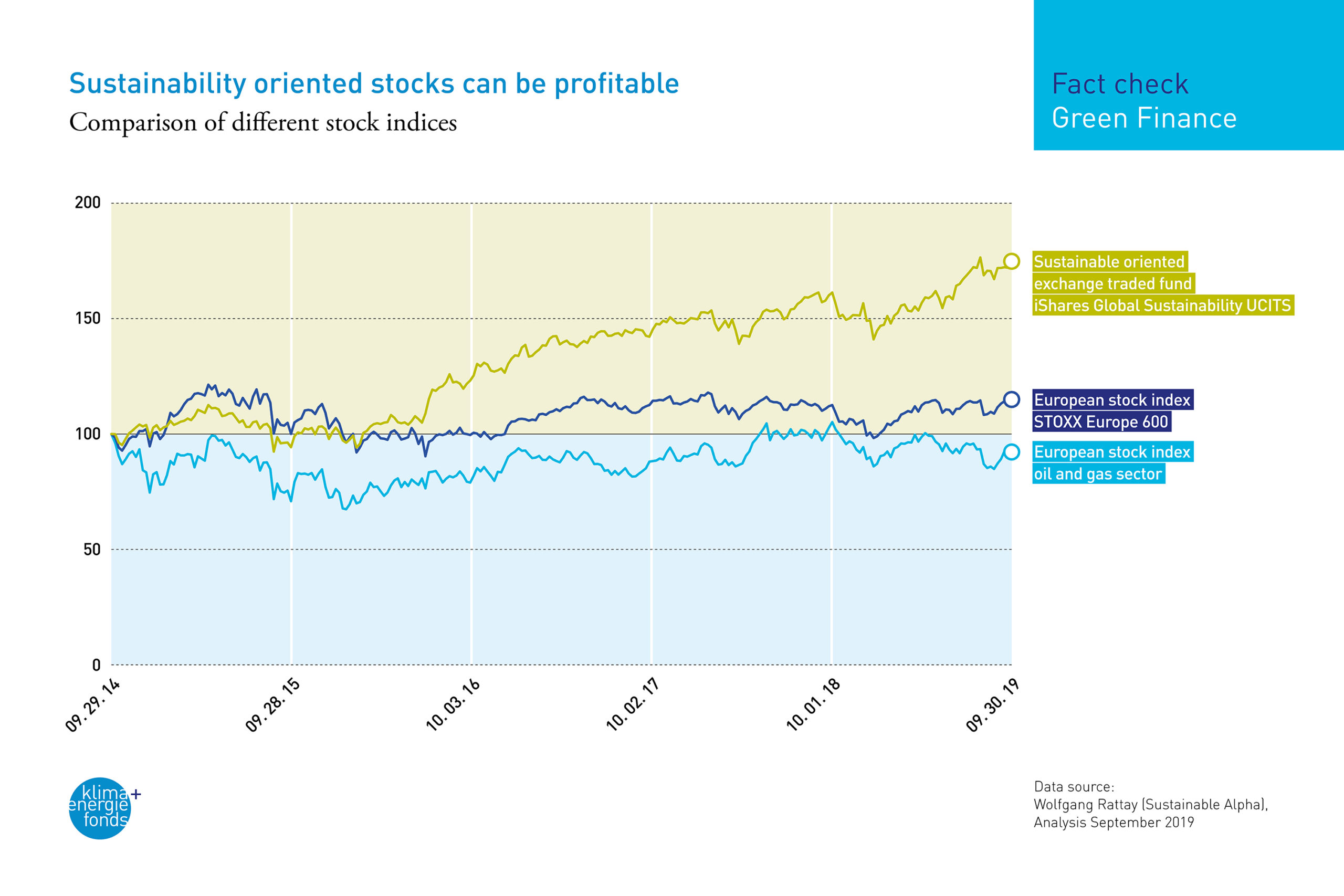