Green Finance as an important key to tackling climate change

Why is there a problem?

Climate change is no longer some remote scenario, it has become reality. Since records began, about 150 years ago, it has never been as hot as it has been in the past five years. Austria is severely impacted by climate change. According to the Central Institute for Meteorology and Geodynamics’s preliminary balance, the summer of 2019 was the second hottest summer ever, and 2.7°C above the long-term average. With 30% less precipitation, it was also one of the seven driest summers since records began in 1767. The answer is clear: To prevent a severe intensification of the situation, greenhouse gas emissions need to be drastically reduced. The financial sector is a key lever for climate protection. Worldwide, around 82,500 billion euros are invested. The goal is to direct significantly more funds into creating an environmentally-friendly future, and to establish climate protection mechanisms in all sectors. In parallel, funding for climate-damaging and sustainable activities must be avoided.

The Global Risks Report which was presented at the Economic World Forum 2019 in Davos showed that environmental risks are seen also by decision takers as the highest risks and that risks keep increasing, mainly when connected to climate change. Extreme weather events pose the biggest individual risk, as last year’s study has already shown. Failure to protect the climate and adaptation are seen as the second biggest single risk, followed by natural disasters. 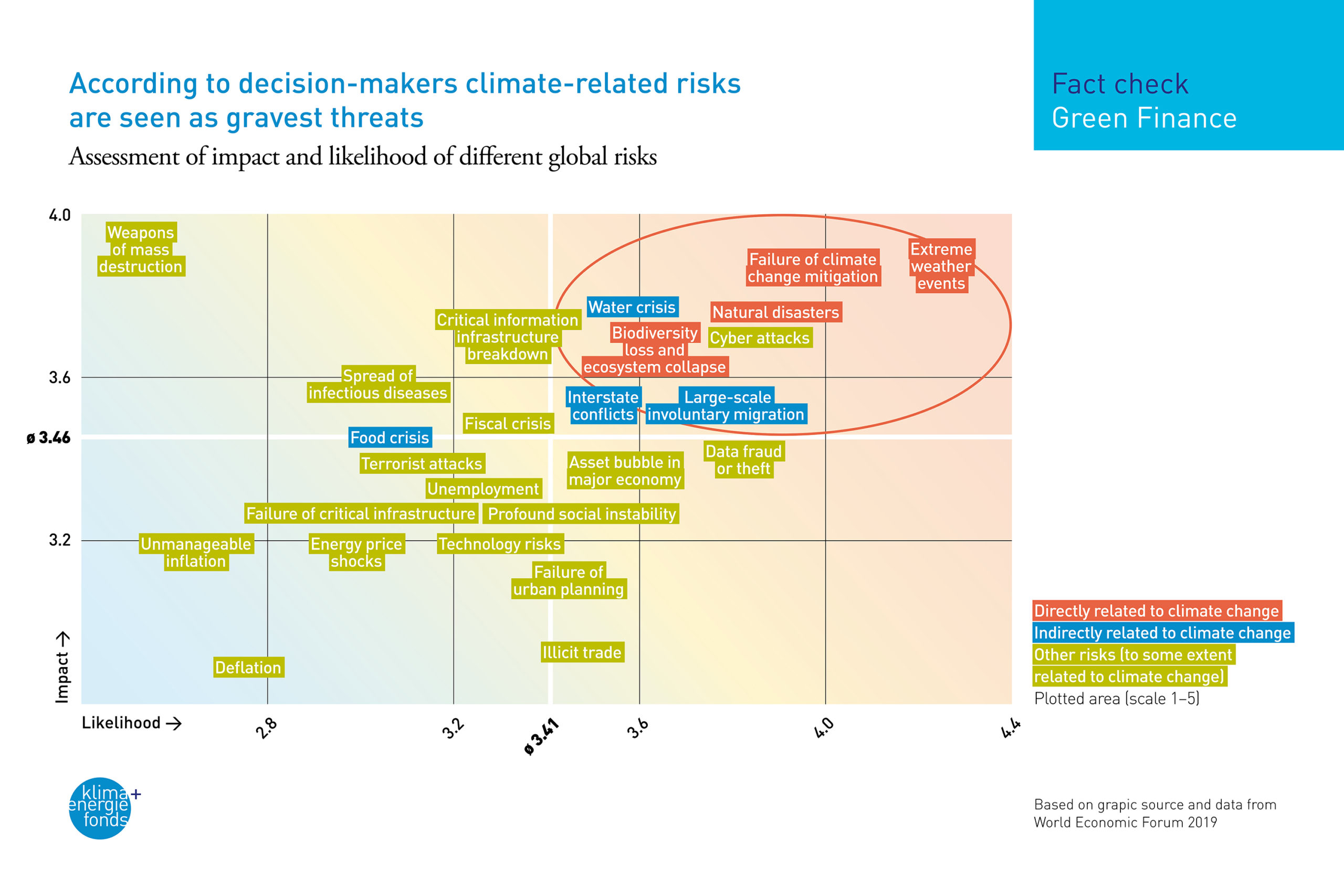