After the election of Donald Trump and the announced U.S. withdrawal from the Paris Climate Agreement, climate protection won’t be taken seriously any more.

Commitment to the Paris Climate Agreement is growing in the U.S. and elsewhere. The comeback of coal as propagated by Trump is not taking place. 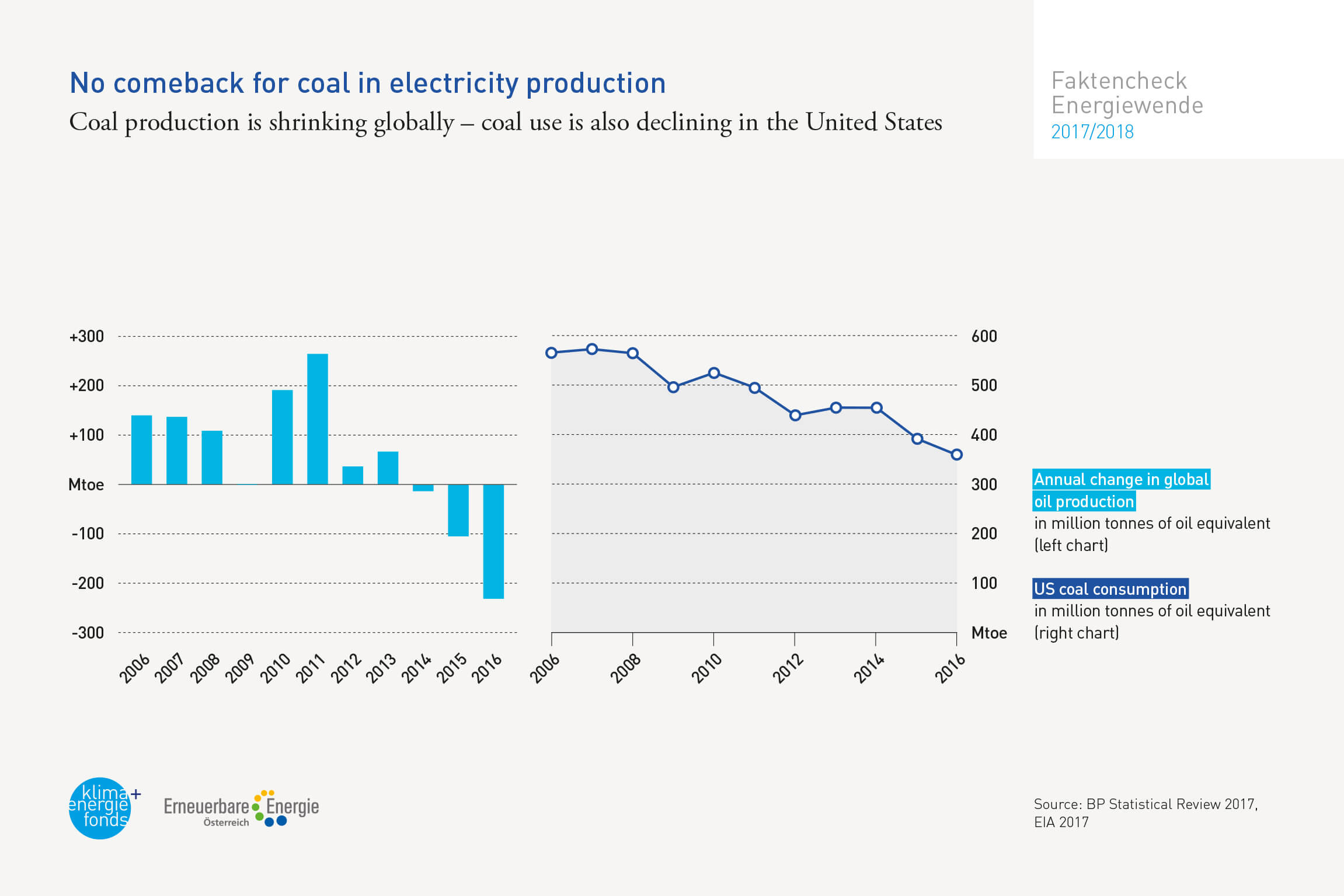 It is not possible to turn back time. Even though the announced U.S. withdrawal from the Paris Climate Agreement does not make implementation easier, the numerous reactions and declarations made by many U.S. states, cities and business sectors show that a total trend reversal is not possible.

Since 2016, for the first time in history coal is not the most important energy source for electricity production in the United States. While the share of coal in electricity production stayed continuously above 50% in the 80s and 90s, it has fallen to 30% percent in recent years. Not only due to climate protection concerns, but also due to costs coal keeps losing competitiveness compared to natural gas and renewable energies. Also the largest coal market – China – seems to have already reached its peak.

Coal-based electricity production has been continuously decreasing since 2013. Also the figure for newly planned coal power plants is significantly shrinking. In spite of these market developments it is clear, however, that the transition to a low carbon energy system can by no means be taken for granted; ambitious goals and adequate framework conditions are necessary.