Climate has always been changing. The man-made influence on climate change is low. The impact of solar irradiance is more important.

Measurements show: If the sun’s activity was the decisive factor in recent climate change, the global temperature would show a decrease instead of an increase. 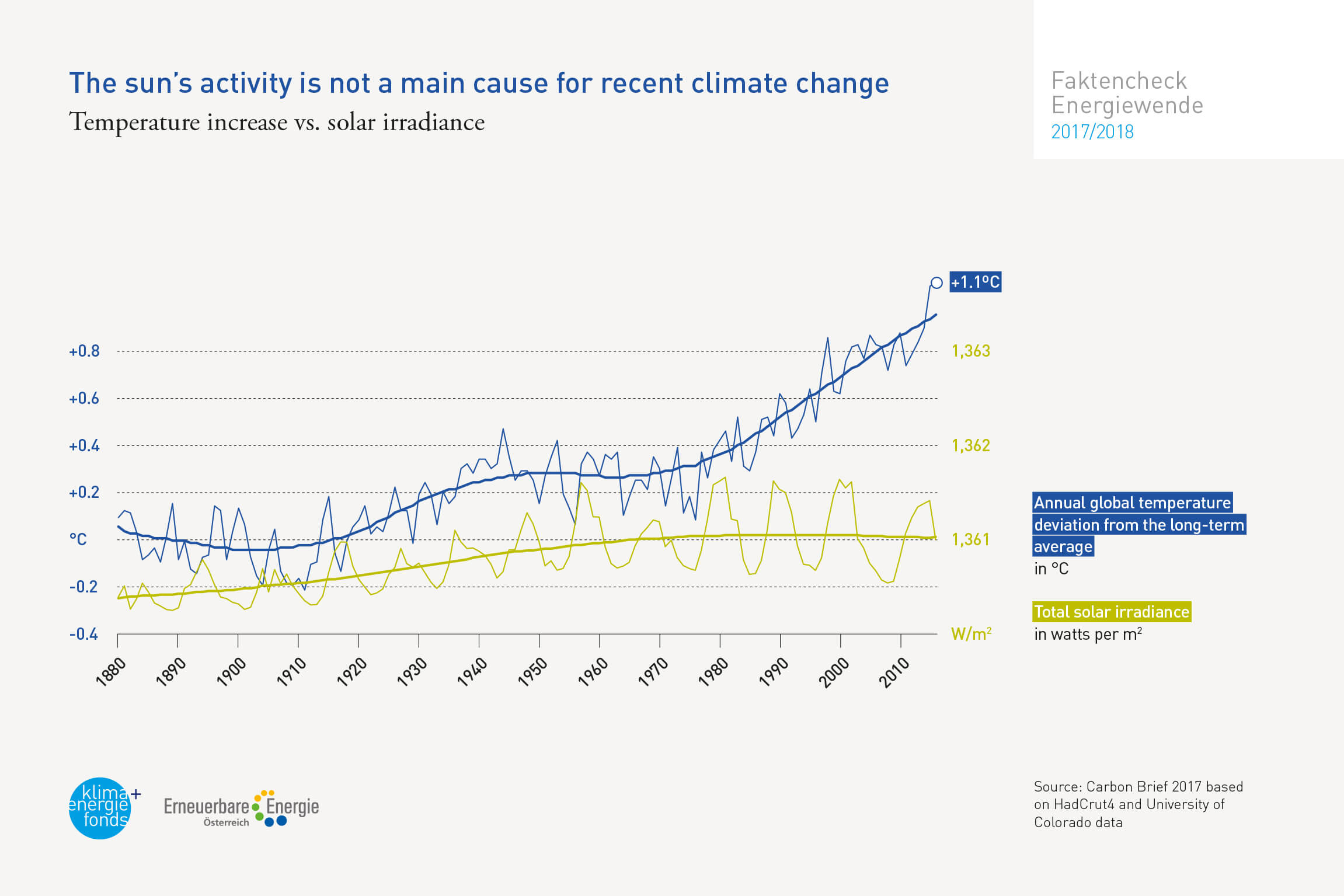 Climate change and its possible causes are not a question of belief but of findings based on decades of research. 97% of climate scientists and basically all scientific studies on climate change from all over the world agree that we humans cause climate change. Research shows clearly that none of the known natural climate factors can be responsible for the recent developments and the currently observed temperature increase.

The sun’s activity and the global average temperature have been developing in opposite directions in recent years. While the energy coming from the sun has been stagnating since the 1960s, and again decreased most recently, the air and sea temperature on Earth have continuously increased (by 0.7°C since 1970). In case of a decisive influence of solar irradiance, the upper atmospheric layers also would have to heat up. This, however, is not the case. Therefore the development of the sun’s activity (solar flares) cannot explain the current climate change.

The effects of climate change pose new threats for our habitat such as more frequent and more extreme flooding, droughts and tornados, as well as rock falls and mudslides. Therefore climate protection is a matter of risk minimization.