In the building sector CO2 emissions have already been reduced so heavily that no further measures are needed. Modern oil heaters are in many respects environmentally friendlier than biomass heating.

Around half of the energy used in homes is needed for heating space and hot water preparation. Some progress has been made in reducing greenhouse gas emissions. Modern biomass heating not only reduces CO2, but also has very low particle emissions. 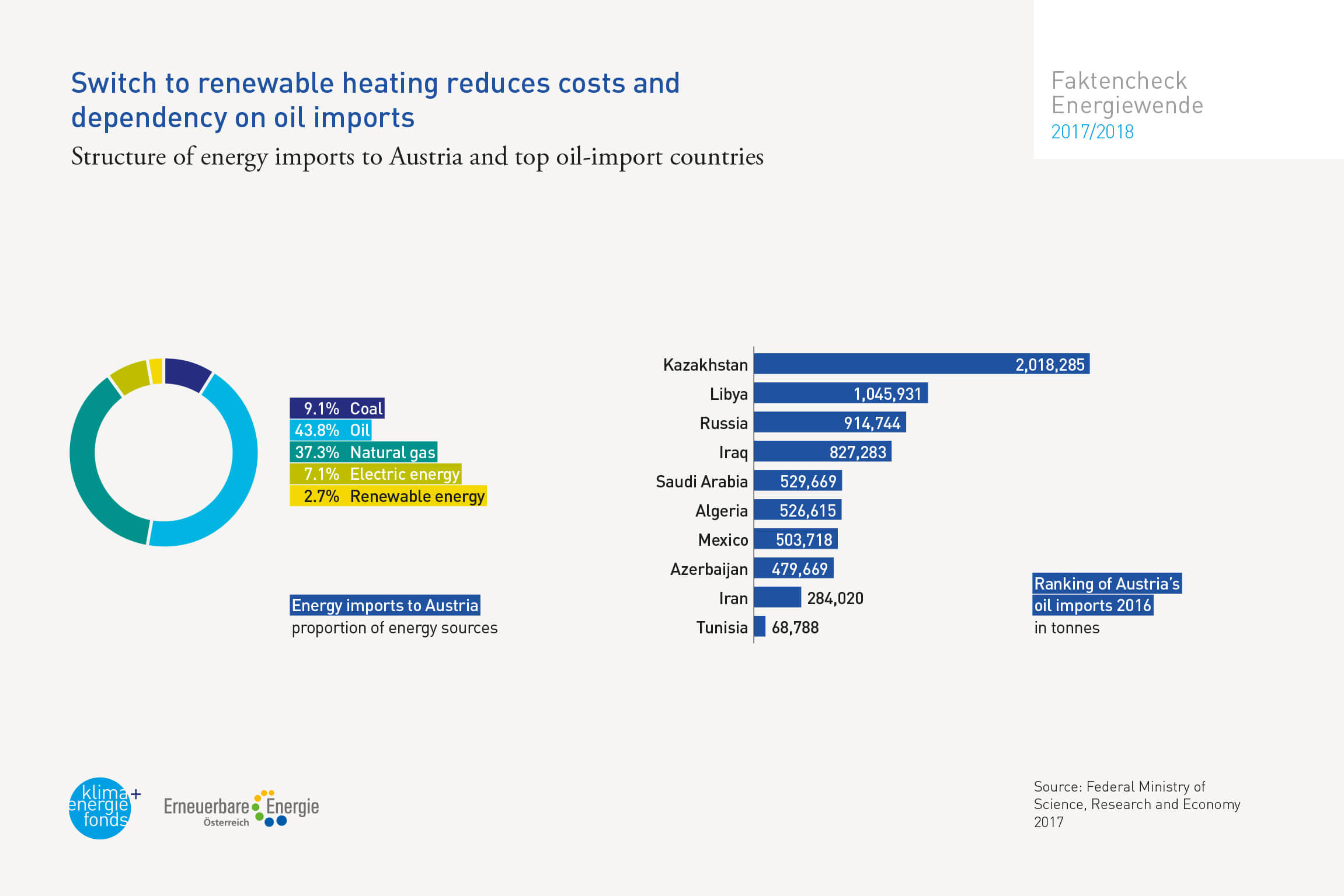 In Austria around half of the energy used in homes is needed for heating space and hot water preparation. Around 40% of homes still use fossil energies (gas and oil) for heating, and including district heating this share rises to around 50%. On top of improved building standards leading to a lower energy demand in Austria, a switch towards renewable heating energy has set in since the end of the 90s. This has resulted in per capita greenhouse gas reduction in the construction sector. A comparison of the provinces, however, shows that Tyrol is the province with the smallest reduction and simultaneously the highest share of oil heating.

Well over half of the 600,000 still operational oil-fired boilers in Austria are older than 20 years and will have to be replaced soon. The upcoming years will therefore determine whether hundreds of thousands of homes will remain dependent on heating oil, which is imported from largely undemocratic states such as Kazakhstan, Russia and Saudi Arabia, or whether they, like many other Austrians, will decide in favour of domestic renewable energies. Wood and pellet heating usually has lower operational costs; moreover they are clearly more stable in prices than fossil energy sources. The step-by-step phase-out of the heating oil tax privilege could help to replace the currently installed oil heaters with domestic biomass, solar and environmental heating by 2030.