Subsidies for green electricity are part of a centrally planned economy, and not in line with market principles. The current support scheme prevents competition. Renewable energy technologies finally need to become competetive.

Already today wind and solar power generation costs are below the economic full costs of new coal and gas-fired plants. However, the current market system does not allow secure financing; too many old fossil fuel-fired plants and nuclear power plants remain in the market. 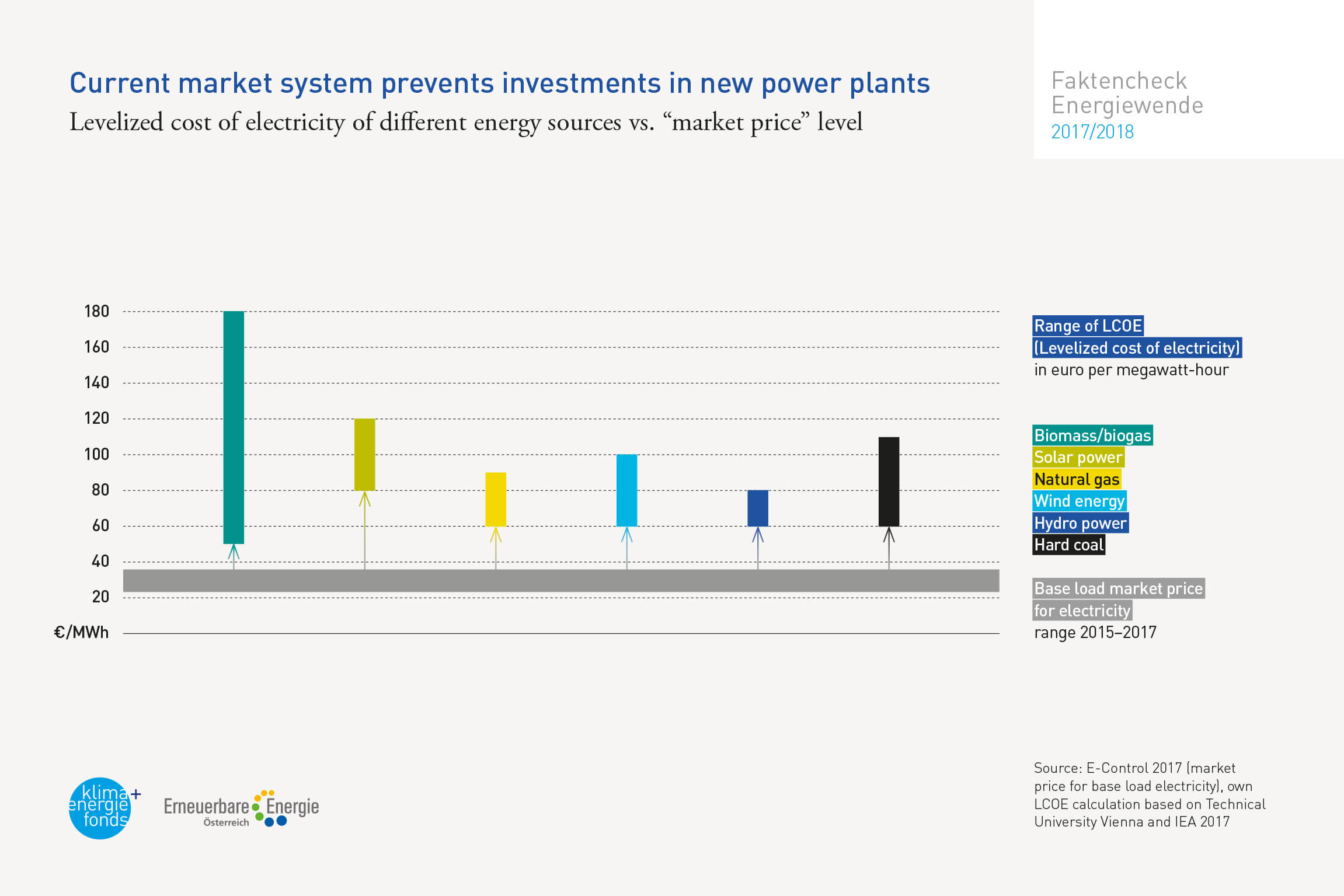 The majority of green electricity technologies are already competitive today. But the electricity market is not a “normal” market, instead it is strongly influenced by the fact that new power plants compete with existing plants which were built and financed long before the liberalization of the monopolized electricity sector. The energy market, specifically the electricity market, has always been heavily regulated.

In Austria the majority of power plants were built before 1985 and thus long before market liberalization. The German electricity market, which is important for Austria, has fossil over-capacities (mainly brown and black coal) remaining in the market. Keeping fossil and nuclear energy plants in the market has created an electricity oversupply in Central Europe. Therefore the stock market price fails to reflect the full costs of new power plants. The current so-called “market price” (base load) does not allow for the profitable construction of new generation capacity for any technology. Therefore some offset is necessary to enable investment or an adequate CO2 tax to include external costs in the price.