Decentralisation and decarbonisation as the new energy system’s guidelines

The changes in the energy system will remain marginal. Essentially things will stay the same for many more decades to come.

Every year the energy authorities’ forecasts for renewables have been surpassed by reality, with technological developments having been seriously underestimated. Decentralisation of electricity production and smart grids create new conditions for tomorrow’s energy systems. 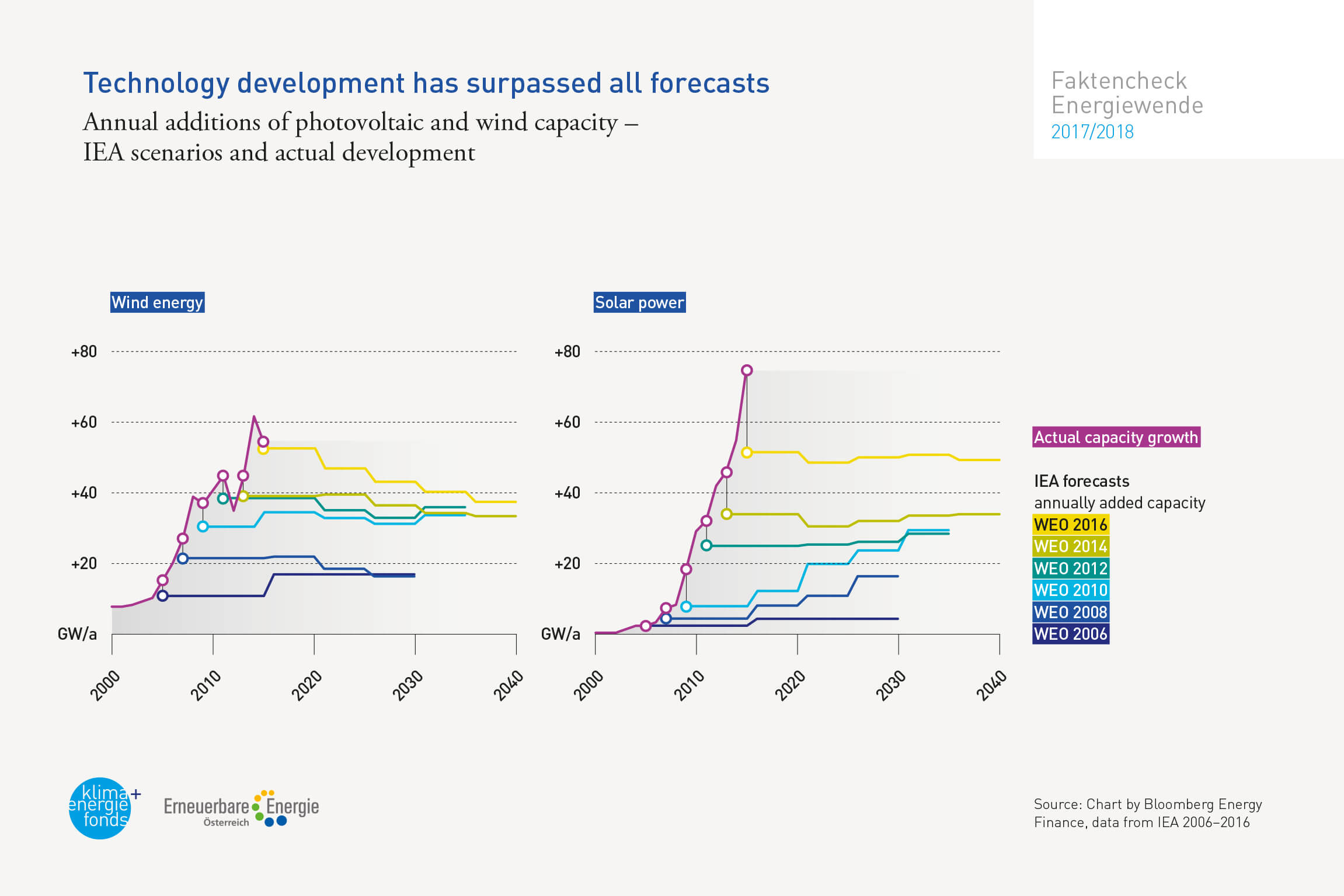 The entire energy supply system is transforming. Many past forecasts have been significantly off the mark. Each year the International Energy Agency (IEA) has had to raise the forecasts for photovoltaics, but also for wind energy. Photovoltaics for instance: In its 2010 and 2016 issues the renowned IEA World Energy Outlook (WEO) predicted an additional photovoltaic capacity of 8 gigawatts (GW) and 52 GW, respectively, for 2015. The actual newly installed capacity that year was 75 GW. As long as renewables are systematically underrated, politics and investors will remain reluctant. A major reason for the wrong assumptions lies in underestimating the cost reductions achieved by technological improvement.

The energy system of the future reflects more than a mere change in energy sources. More flexibility will change the characteristics of energy supply as well as the infrastructure, the involvement of consumers, and the business model for energy utilities and service providers. Among the drivers are digitalization, new decentralized energy and storage technologies, but also social trends such as urbanization, the sharing economy and changes in behaviour.