Renewable energies are only a peripheral phenomenon on the global energy market. Fossil energies will remain dominant for decades to come.

Renewable energies and energy efficiency are growth markets with good prospects. The IEA expects global renewable electricity capacity to rise by more than 920 gigawatts, or 43 percent. 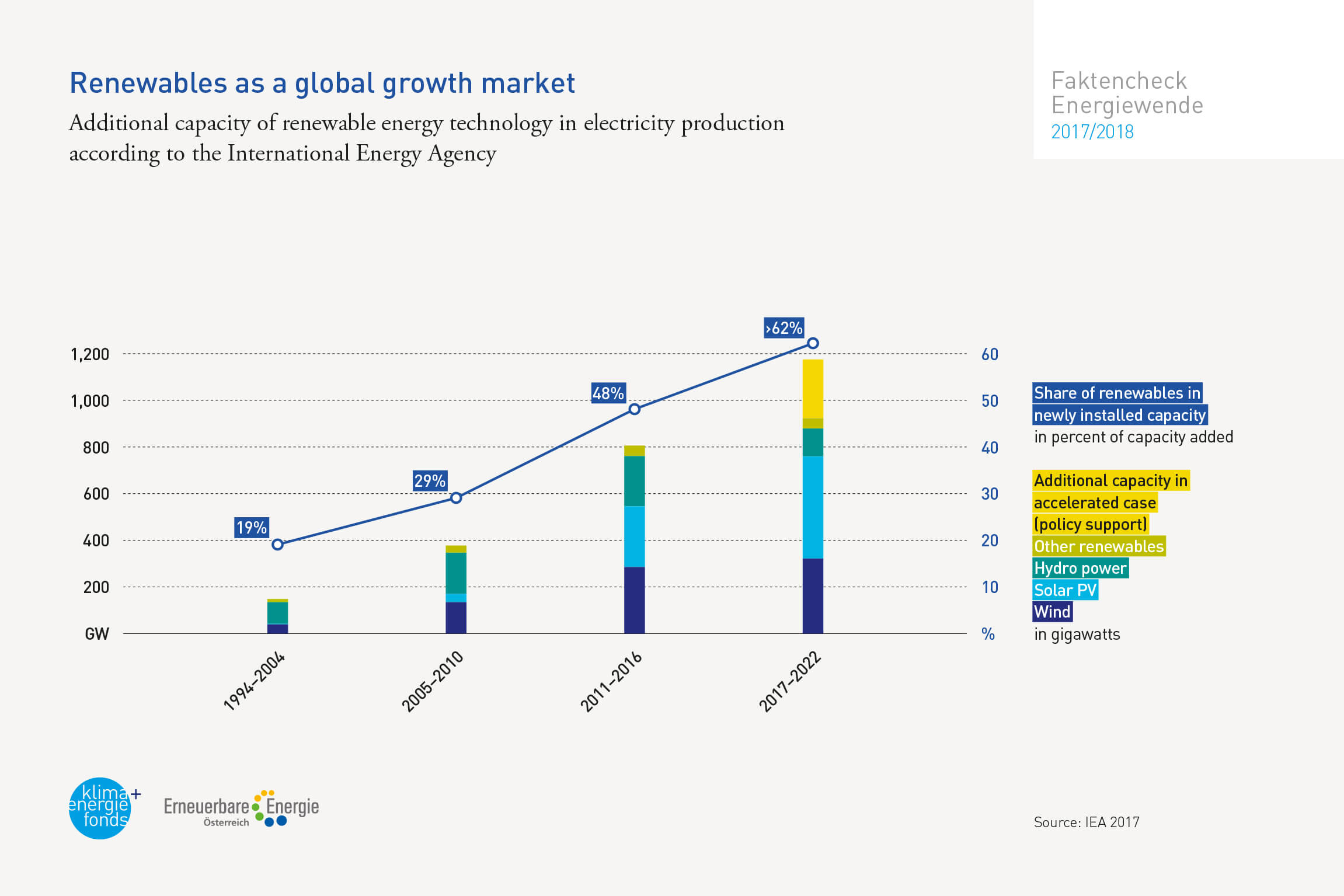 The International Energy Agency (IEA) expects global renewable electricity capacity to rise by more than 920 gigawatts, or 43 percent in the next five years. This corresponds to almost half of total global coal capacity (approx. 2,000 gigawatts), which took 80 years to reach.

Due to the cost reductions in the field of renewable energies it was possible to build significantly more capacity for the investments (around 300 billion USD per year over a 7 year average) which remained quite stable in the recent past. Austria has a great chance to play a role in this global market; however, a clear course is needed in Europe and in Austria to make use of the domestic and reference market as a field of strength.