Does electric mobility help the climate? 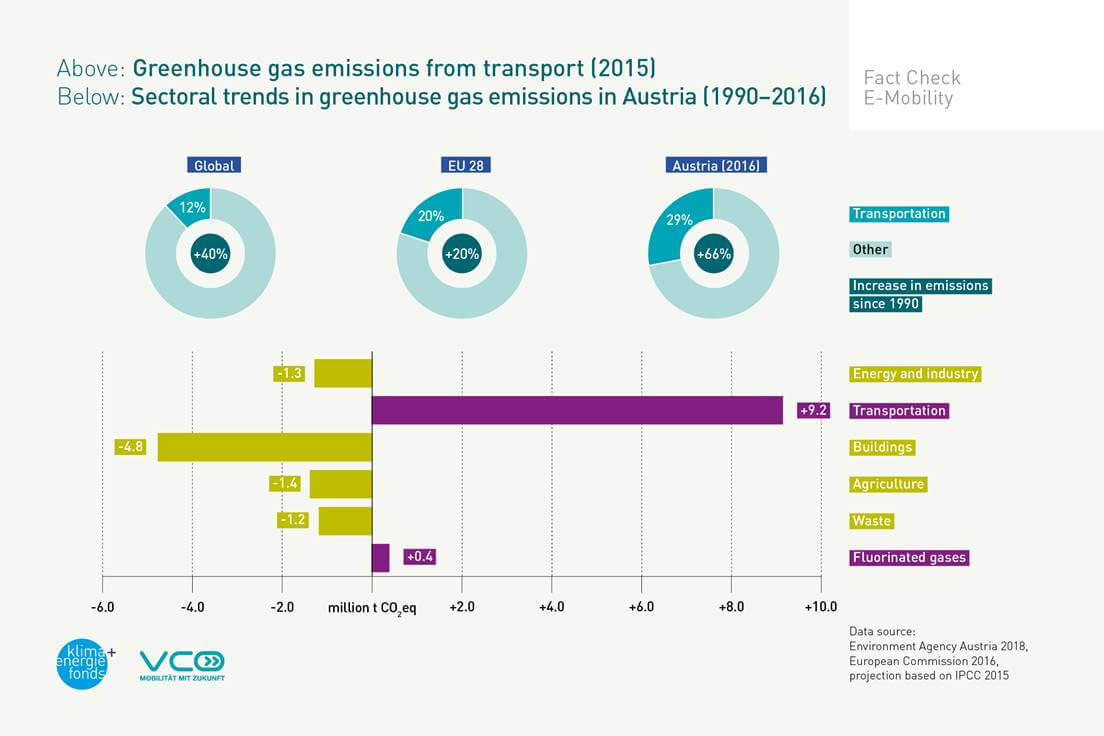 The transport sector (excluding international aviation) is currently producing 29% of total emissions and is therefore the most important greenhouse gas contributor in Austria – the only sector to significantly increase, by almost 66%, since 1990. The greenhouse gas emissions produced by private cars alone (without the so-called “fuel tourism”) increased by 32% between 1990 and 2015.(1)

99% of traffic greenhouse gas emissions are produced by motor vehicles (cars, busses, trucks); more than half of this figure is caused by private passenger cars. Currently the transport sector is responsible for 80% of Austria’s oil consumption and significantly contributes to particle and nitrogen oxide (NOx) emissions which are hazardous to health.(2)

The electric propulsion system is a well-established technology which has the potential to significantly reduce oil dependency, to switch driving to a renewables-based energy, and deliver an important contribution to climate-friendly transport. Beyond that, a mobility model which is friendly to environment and society also needs structures to avoid unnecessary journeys, guarantee higher traffic safety, and reduce noise and health hazards as well as resource use.

There is a worldwide trend toward electric vehicles: several European states have already announced they are abandoning conventional combustion engines, not just as a consequence of the diesel scandal.