People matter for the energy transition

In Austria, more and more citizens (60 %) are concerned about climate change, younger people in particular. In Europe over 90 % of people are convinced that climate change is real and man-made. 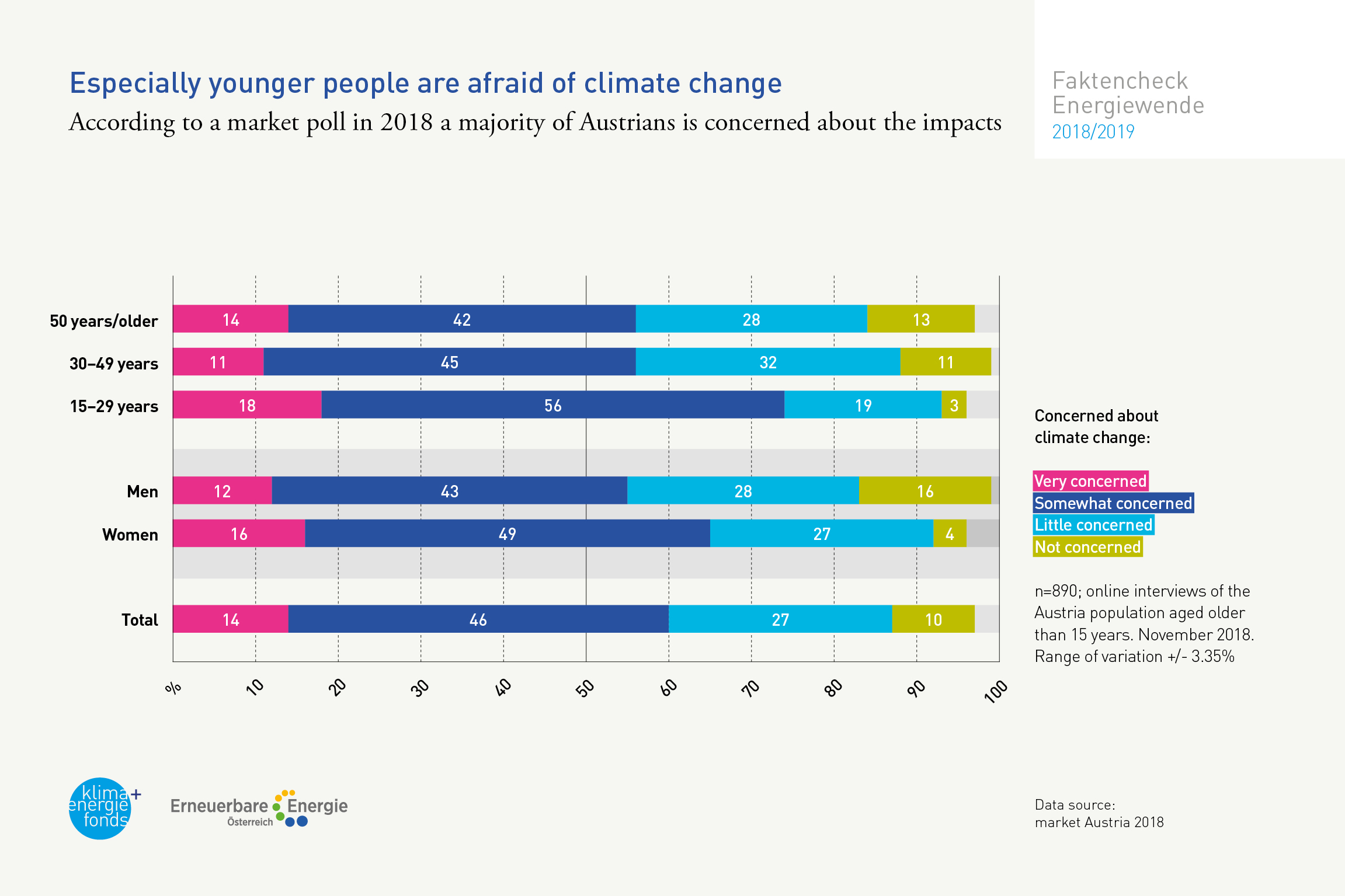 According to current polls, people are increasingly directly affected by climate change. A survey conducted by market in November 2018 showed that 60 % of Austrians are worried about the impact of climate change, in particular those under thirty years of age. 49% of respondents were convinced that never before had so many heat waves, storms etc. occurred as nowadays. Over 75% of people aged under thirty are worried about their future. In the large majority of European countries over 90% of the population believes that the world climate is changing; a majority welcome climate protection measures.

However, there also are opponents; in the U.S., and also in Europe, powerful interest groups finance lobbying campaigns for the fossil fuel industry to prevent effective climate protection measures and framework conditions. According to scientific research, around two billion U.S. dollars were spent on lobbying against climate protection activities since 2017.

Technologies alone will not solve the climate crisis. It is also about life styles and structures which support or hinder environmentally-friendly behavior. Unless climate-friendly structures and cultures are created, innovative technologies will not be able to deliver sufficient decarbonisation. Important saving effects, which could be achieved e.g. with heating, get compensated by increased living space per person, or in the mobility sector by further growth in mileage.