It doesn’t matter whether we take action now. In a couple of years better technologies will be available to solve the climate problems. Anyway, it is no longer possible to achieve the Paris Climate Agreement goals.

According to the most recent IPCC Special Report, it does make a big difference whether the global temperature is limited to 1.5°C or 2°Cwhen it comes to the consequences for climate change. Climate targets are still reachable if we succeed in turning around the trend now. The later we reduce CO2 emissions, the faster the reduction will have to take place. 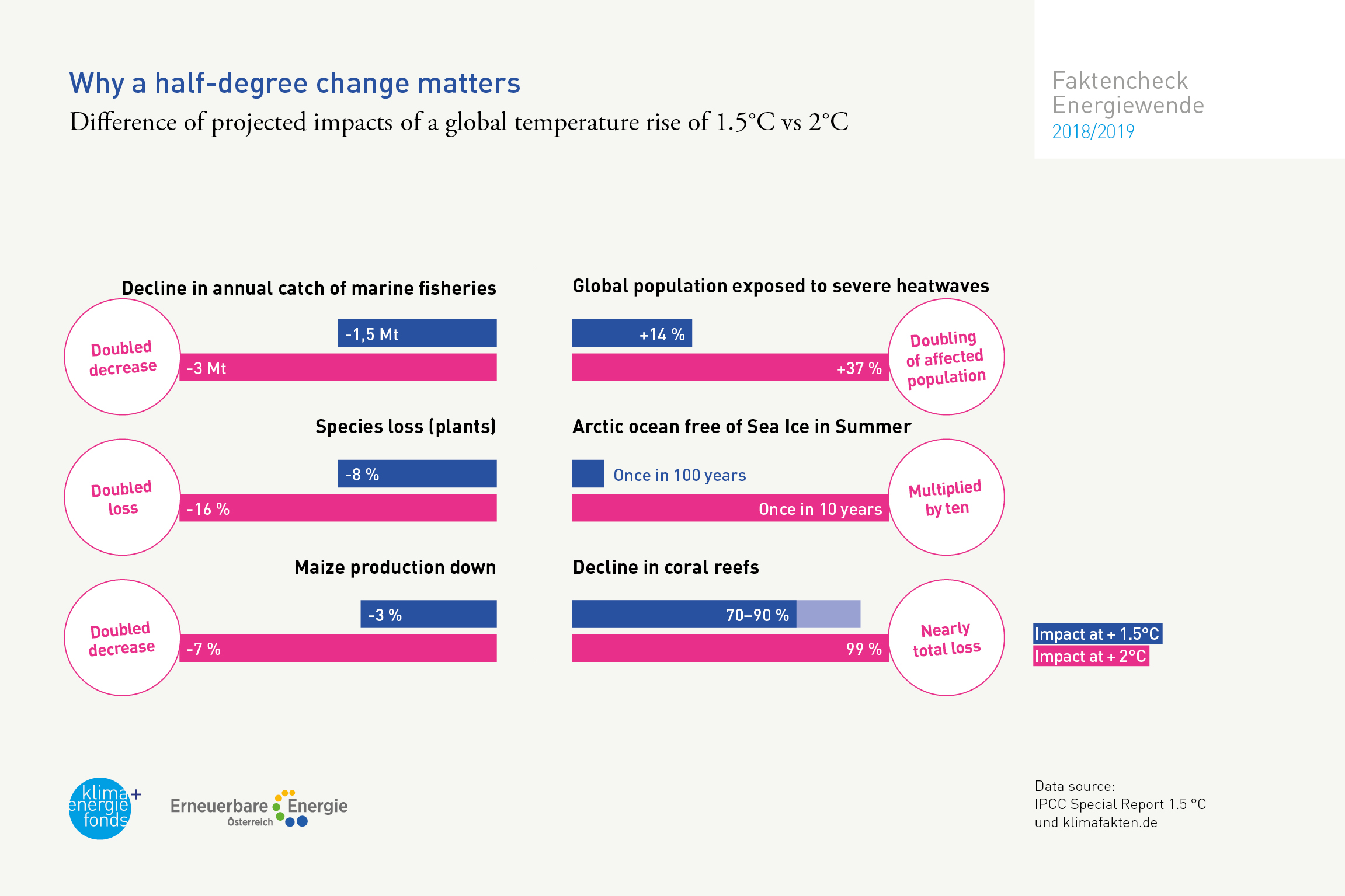 Clearly the gradual ending of burning fossil fuels such as coal, oil and gas will be decisive in limiting climate change. However, it also matters when and how quickly we reduce greenhouse gas emissions. The recent IPCC Special Report clearly showed it is necessary to make use of the time window available to reduce global CO2 emissions by 2030 to 45% compared to 2010; around the middle of the century emissions need to be zero. The higher the temperature increases, the more frequent will be heat waves, droughts, destructive forest fires, heavy rains and floods. The report said that there will be significant differences in their consequences, depending on whether the global temperature increase is 1.5°C or 2°C. At maximum 1.5°C the sea level increase will be significantly lower, part of the North Pole’s ice might remain and up to 30 % of tropical coral reefs might survive. If the average global temperature increases by 2°degrees Celsius, however, the Arctic sea ice would melt during summers much more often and hardly any coral reefs would survive. By passing the tipping points, which cannot be excluded once the temperature increase reaches 2°C, grave irreversible changes might occur; it would be mankind who would have the hardest time coping with this.

However the bad news is that current development would land us not at +1.5°Cor +2°C (compared to pre-industrial levels), but rather globally at between +3 and +4 °C. Recently (2017) global CO2 emissions again increased.