It is getting hotter due to climate change. That’s nice and pleasant. We need to keep in mind that renewable energies are also polluting the air. 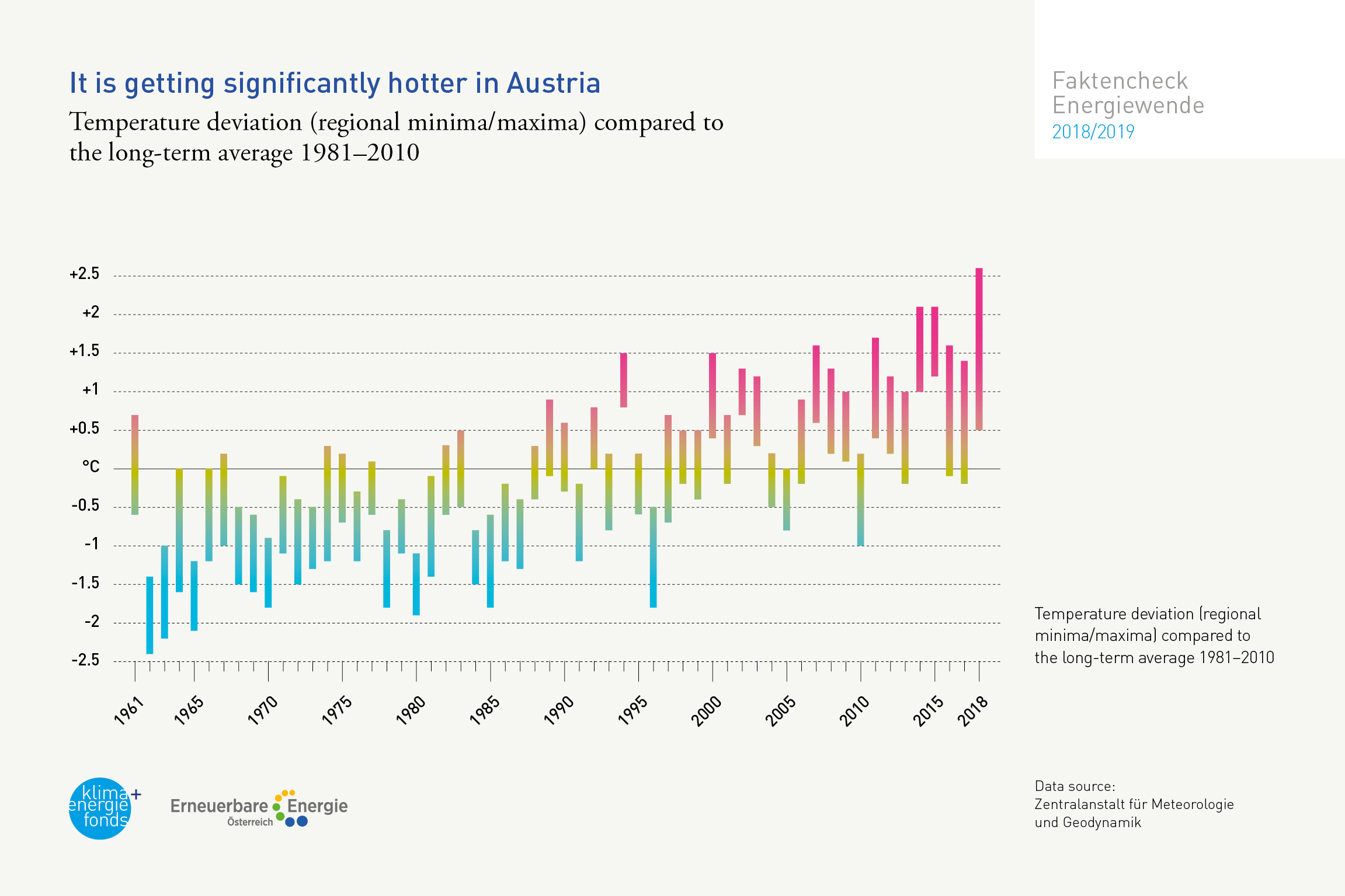 The impacts of climate change can already be felt – even here in Austria. The summer months of 2018 (April to September) were the hottest since measuring started in 1767. Over those 250 years, five of the hottest summers were during the past six years. In addition, 2018 was an exceptionally dry year. Current modeling of future climate development shows that health risks will significantly increase.

The status report on health, demographics and climate change, commissioned by the Climate and Energy Fund in 2018, showed that extreme temperatures and extreme weather situations caused by climate change will have dramatic impacts on our health. On top of the direct consequences, such as a higher number of people who will be affected by the heat, and higher mortality, effects on several environmental health factors will be felt, such as food security, air pollution, water quantity and quality. Indirect impacts lead to an increased pollen load for example. Also pests such as ticks and mosquitoes are indirectly impacted by higher temperatures. Worldwide 16% of premature mortality cases can be traced back to environmental and air pollution. Using fossil fuels for generating power is one of the main causes of air pollution; in particular, dirty coal-fired power plants are responsible for emissions which are very dangerous for health – also in the middle of Europe. Therefore renewable energy transition is also the key to clean air.